Not an Organic Textbook – Part 1. Poop, coffee, beer and deer 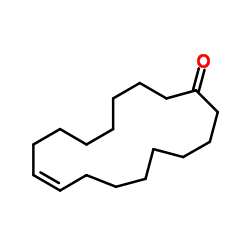 A few years ago, I spent a couple of years writing an organic chemistry textbook of sorts. I say ‘of sorts’, since it was aimed at a high school audience, so to call it a ‘textbook’ seems a little grandiose to say the least.

If I’m honest, looking back it should have been obvious to me that the project was doomed from the beginning. With a publisher that didn’t seem to know what they wanted, and a constantly changing set of objectives, it never really got a strong foothold. It’s not that the book didn’t get written (essentially the whole thing is actually sitting on my computer in a largely finished state), but rather that it never really got to a point where I felt that it would ever see the light of day. For an author, I think that being able to visualize the end of a project, with the book or piece actually published, no matter how far out, is an important part of the writing process. However, armed with a naive optimism and a genuine interest in the subject matter at a rudimentary level, I pressed on and got the thing done. It has yet to see the light of day.

Recently I have been reminded of all of the hours of work that went into the endeavor, and I thought that it might be nice to give a little of it a public airing. However, who wants to read excerpts from an organic chemistry ‘textbook’ for high school kids? Hardly inspirational stuff, right? Well I’d largely agree, but in the book I placed what a called ‘Case Studies’ (probably another poor choice of words) that highlighted some potentially interesting molecules. These were an attempt to break up the monotony of the academic nature of the material, and to shed a little more practical light on the some of the content. Part 1. of a series of the ‘Case Studies’ that I will publish on this blog is about a couple of ketones, and appears in the aldehyde and ketone chapter of the book.

What is it that makes an animal or insect react to another member of the same species? What is that attracts one to another sexually, or communicates a warning of danger, or tells others where there is food? What is it that causes members of an insect species to come together in a large group, or allows animals to mark their territory? The answer in each case is a ‘pheromone’.

A pheromone is a naturally occurring chemical that the insect or animal secretes with the purpose of communicating in some way with other members of its species.

Most of the chemical compounds found in pheromones are organic in nature, and many of them have distinct aromas. The use of chemicals by plants, animals and insects in nature is studied in the field of chemical ecology, and pheromones are just one type of compound that are found in that group. 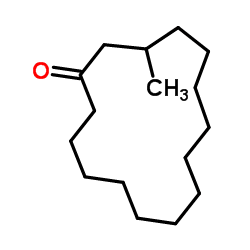 Both compounds are macrocyclic ketones and have the IUPAC names (9Z)-1-cycloheptadec-9-enone and (R)-3-methylcyclopentadecanone, respectively.

The African civet produces civetone in the perianal glands, and uses the chemical to mark its territory. Civetone and its use as a pheromone, is arguably not the most famous reference to a chemical and/or chemical process involving the civet. In Indonesia, the Asian palm civet is fond of eating the berries that encase coffee beans. As the undigested bean passes through the animal, it undergoes a number of interactions with biochemical compounds such as enzymes, that are absorbed into the bean, and that changes its flavors dramatically. The cat then continues to pass the beans through its body, the droppings are collected, from which the beans are farmed, cleaned, and then are used to produce some of the most expensive, non-bitter and aromatic coffee in the world known as ‘Kopi Luwak’ or ‘civet coffee’. In 2009 the Danish brewer, Mikkeller, produced a beer called ‘Beer Geek Brunch Weasel’, which is a stout made with coffee produced in this manner.

The musk deer produces muscone, in what is commonly known simply as musk, by secreting it from glands. It has a strong aroma that has been used in perfumes for centuries. The only way to collect the muscone from the musk deer is to kill the animal and, as a result, the species became endangered. Luckily for the deer there is now an excellent synthetic route for producing muscone.