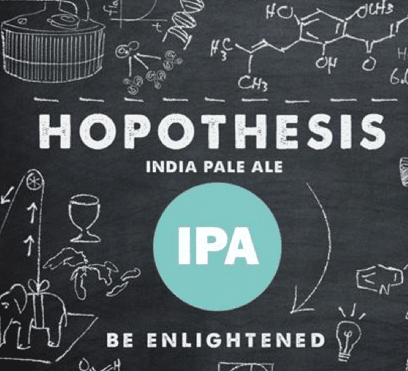 Following this post and this post, here’s the third in the series about the appearance of dubious molecules in beer/pop culture.

This time we turn to Chicago and the relatively new brewery, Hypothesis. Below is the mock-up for their Hypothesis IPA. I say ‘mock-up’, because it isn’t quite clear to me if this beer has actually seen the light of day (at least in a commercial sense). Here’s an article about the birth of Hypothesis, but they appear to lack a web presence so I wonder if they are still in the frame. (Not to be confused with River North’s Hypothesis DIPA, out of Colorado). 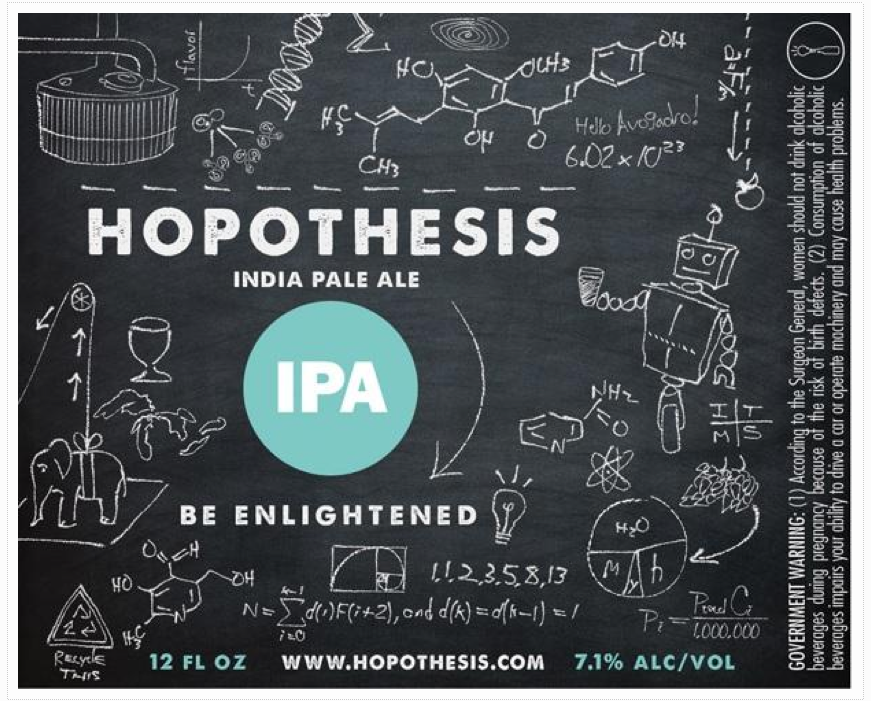 As you can see there are two ‘molecules’ of interest here.

Let’s start be looking at the molecule in the bottom left corner. A tetra-substituted pyridine? Mmmm, OK, perhaps, but take a closer look at the carbon atom attached to the ring at the ’12 o’clock position’, para to the N atom. It seems to be pentavalent with its double bonded hydrogen, making it ‘impossible’. However, what if we ‘correct’ that mistake by making the C-H a single one, then we have a molecule that can at least be drawn on paper, so let’s take a closer look. 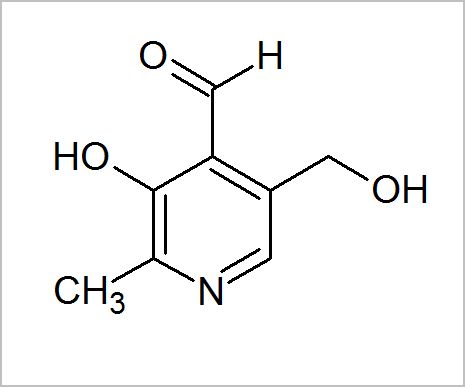 This is not something that I recognize immediately, so let’s turn to ChemSpider for the word on it.

Voila! Apparently, pyridoxal is a naturally occurring form of vitamin B6, and not being a chemist with much of a biological background, this is not a molecule I am likely to be familiar with. Vitamin B tends to be present in beer and has been associated with some positive health effects so I guess that Hypothesis did their homework – almost!

Now let’s turn to the beast in the top right of the label – a little more intimidating. 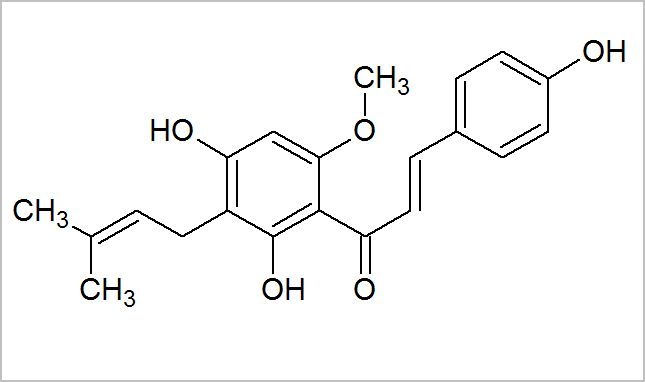 Back to ChemSpider we go, and we come full circle and find the molecule that Element Brewing was trying to represent, xanthohumol back in the first post in this mini-series. 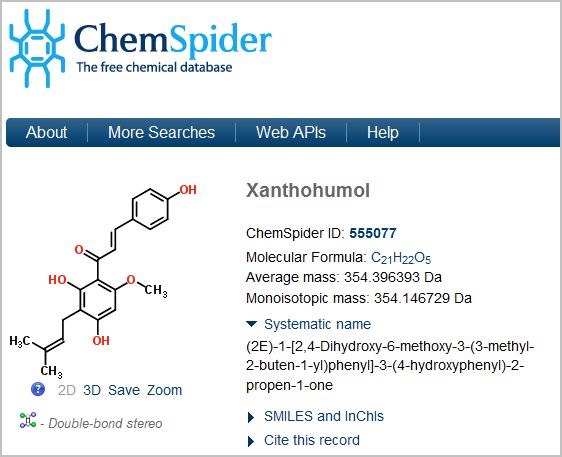 More mysteries that no one cares about, solved! You’re welcome.