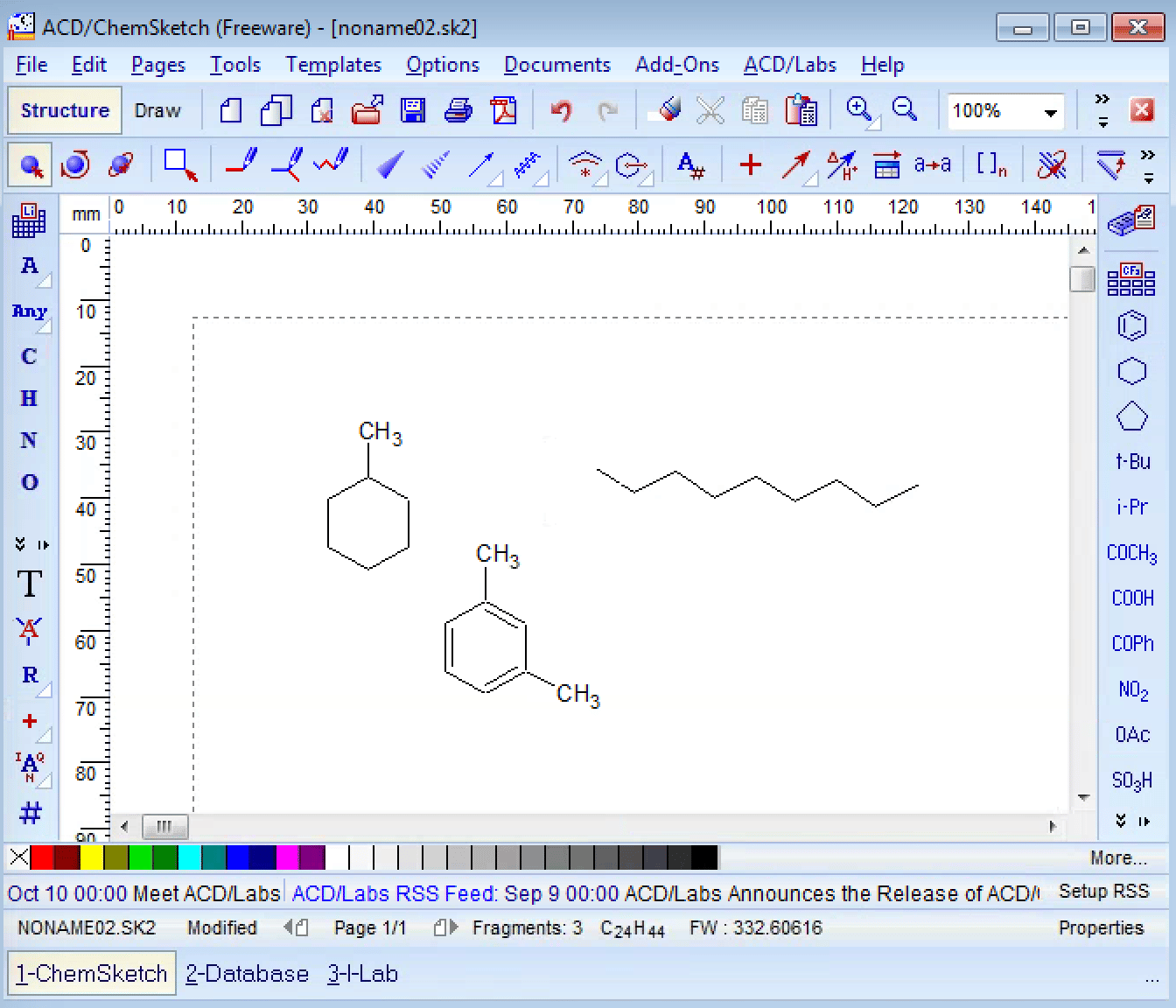 Honestly I’m not a fan of sharing student work in general (I think that sharing has limited value) however this is one of the rare occasions I like to.

Because I am so fond of ChemSketch, I like my Introduction to Organic Chemistry students to have a go and grapple with it. Each year I set Organic Worksheet 02c that offers an extremely brief introduction to the program, and then asks each student to produce 10 molecules that match certain criteria, namely these;

This list acts as a reminder on some functional groups, and slips in a bit more practice on stereoisomerism.

ChemSketch is a tremendously powerful tool for freeware, and it offers all of the functionality (and way beyond) that a class like mine will ever need. The program relatively intuitive, but does take a little time to master, at least in terms of producing aesthetically pleasing structures. For a first, cold effort, I think my students did a pretty good job! Most of the structures in the documents below could use some ‘tidying’, but I think that they got a lot out of the exercise.