Beery Molecules – part 5, the one I missed! 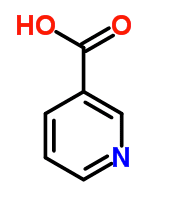 I was taking a look back at this post about the Hypothesis IPA label, and I noticed that for some reason I had neglected one of the molecules that appeared there. 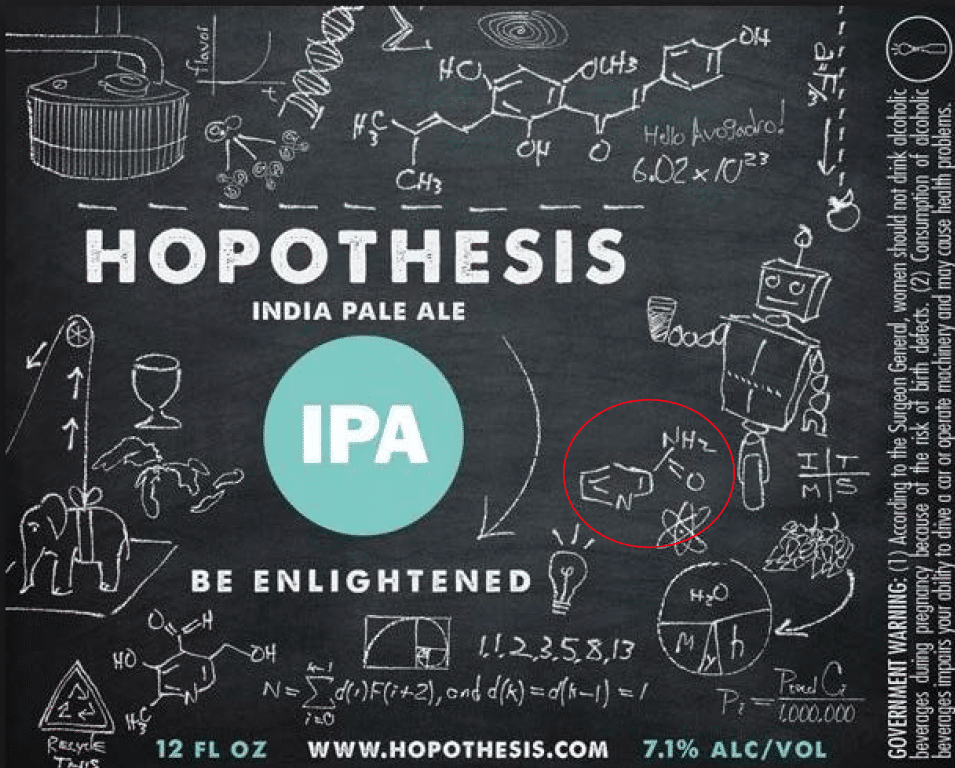 Not sure why (or how) I missed it, but let’s quickly clear that up right here, right now.

The third molecule looks much simpler than the others, and Chemsketch reveals it to be niacinamide (amongst other, possible names). 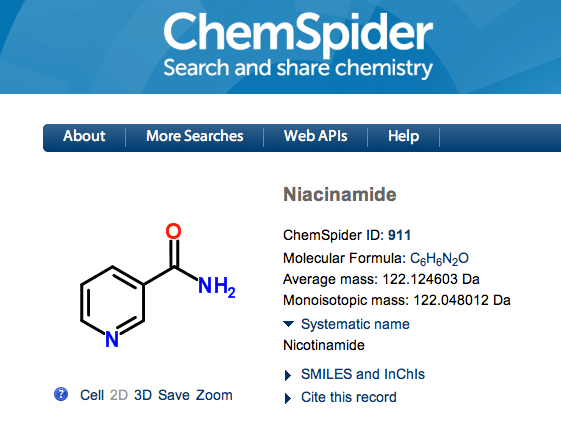 If you know a little about amides, you’ll know that they can be classified as derivatives of acids, where the -OH part of the carboxylic acid group has been replaced by -NH2. In this case, the corresponding acid is niacin, or nicotinic acid.

Niacin is also known as vitamin B3, and is another of the B vitamins that comes in plentiful supply in yeast, and hence finds it way into beer. Niacin is most commonly used to increase level of good cholesterol (HDL) in blood, often in the form of the prescription Niaspan, that offers a controlled release of niacin over a number of hours. The controlled release aids the reduction the unpleasant ‘flushing’ side-effect that many consumers of the drug suffer with.