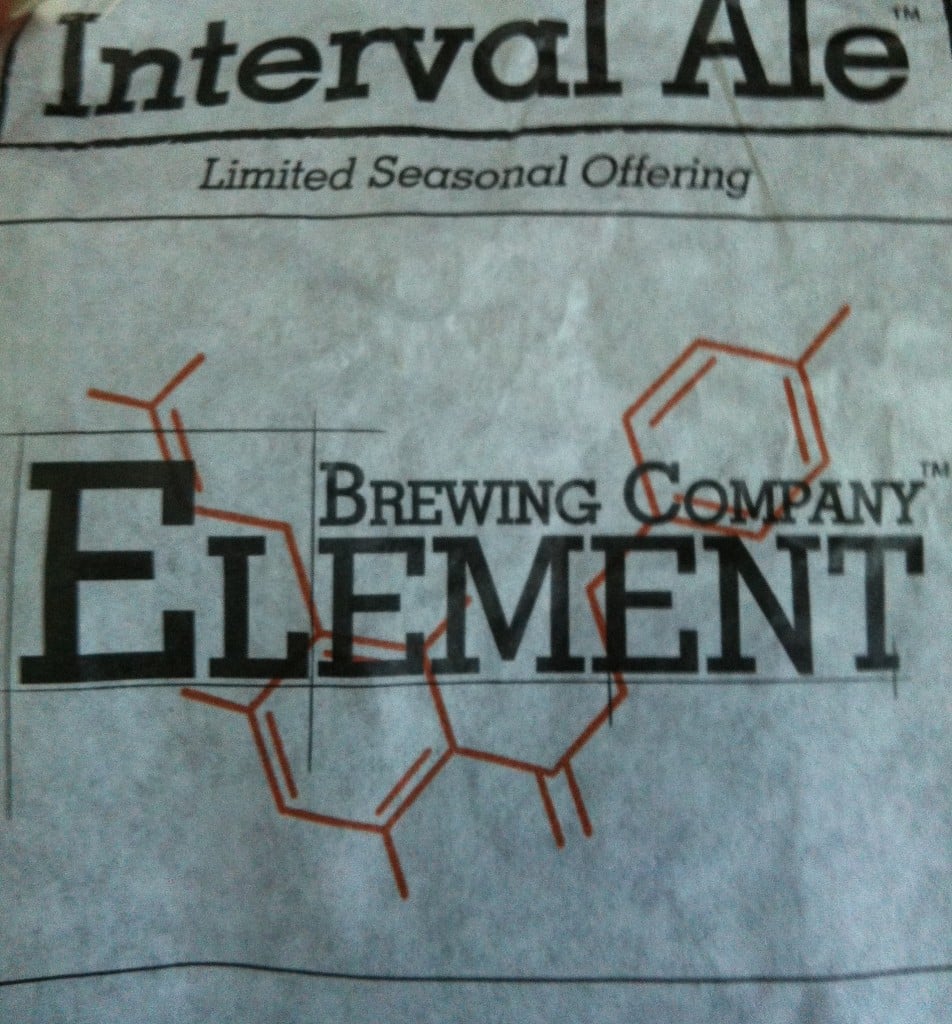 Bear with me as I make a couple of seemingly unconnected statements, and then try to pull them together.

Many people reading this blog will already know that one of the central passions in my life is beer – if you didn’t, now you do. The beer/chemistry marriage is generally a happy one, since there is fairly obviously quite a lot of synergy between the two. With ethanol at the center of the beer universe, it brings me to the second statement.

I am currently in the process of writing a (modest) organic chemistry book which involves the drawing, re-production and rendering of a very large number of organic molecules. As such, today this tweet from Derek Lowe caught my eye;

The ‘molecule’ shown there reminded me of some of the fun and games that my own organic chemistry students have when they first get their hands on the molecular model kits, and begin to fashion all kinds of fictional animals, impossible cages & rings, and sometimes even a few embarrassing, pseudo body parts! Either way, whilst it was very obvious that this molecule does not exist, it was still slightly disappointing to me – it looked ‘good’!

Anyway, so what has all of that got to do with beer? Well, the disappointment associated with that particular, fantastic molecule, was nothing compared to the disappointment that I recently felt when I found that another good looking molecule, this time in a beery setting, also (apparently) turned out to be a figment of someones imagination rather than the real deal. It was doubly disappointing because not only was this one closely connected with my beer passion, unlike the Alzheimer’s ‘molecule’, this one looked suspiciously like it had real potential to actually exist! Here’s the back story…..

Element Brewing Co. in Millers Falls, MA is a brewery that I am not especially familiar with, but I have had a few of their offerings in the past. Obviously the name of the brewery is one that I gravitate toward, and earlier this year I was fortunate enough to have the chance to share a bottle of their Winter Ion, Interval Ale offering. As you can see from the picture below, the paper-wrapped bottle sports a feasible looking molecule that piqued my interest.

It would also appear that the same molecule forms part of the brewery logo, below.

Anyway, with my curiosity aroused, I set about a (admittedly somewhat cursory) search for the name/origin of the molecule. However, I was slightly sad to find that apparently it was nowhere in the literature. As I say, my search was by NO means an extensive one, but I did put out a few tweets, checked some databases with SMILES and various other search methods (InChI) and also checked the usually excellent Chemspider.

Alas, it would appear not to exist in the real world, or at least not to be published in the literature – if you know different, please let me know.

For the record, here is the beer in its glory in the glass. 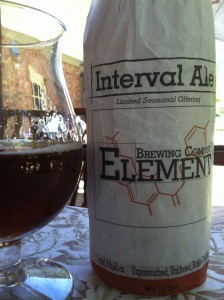 Element Brewing Co. is not the only brewer with chemistry and science related beer names of course. Cigar City from Tampa produced Nielsbohrium, Flat Earth Brewing make Element 115 (Ununpentium) and Cambridge Brewing (also in MA) brew Higgs Boson. Hopfenstark from Canada also make the Boson de Higgs, and there are many others. I really need to get around to trying them all.