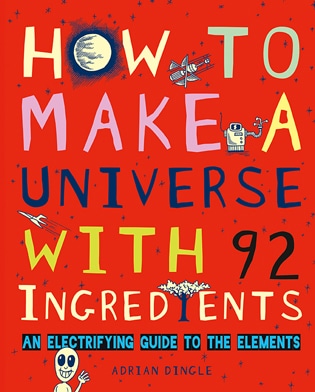 I had some amazing news confirmed yesterday.

The book that I wrote back in 2011, and that has already won the 2011 School Library Association of the UK Information Book Award in England, and the 2012 Wissenschaftsbuch des Jahre Children’s Award in Austria, has now been recognized for a third time, this time here in the USA.

How To Make A Universe With 92 Ingredients has won the American Institute of Physics (AIP) Science Communication Award in the children’s section.

The award comes with a cash prize, an engraved Windsor chair and a trip to west coast, but by far the most important part of the award is the recognition and the exalted company that it puts me amongst. I am hoping to travel to San Diego in the new year to accept the award, and to take part in a writers panel at the annual meeting of the AIP.

Many, many thanks to all who have supported me and all who worked on the book.

Here is the Amazon link, and the official AIP Press release can be found here.