My books have been printed in multiple languages, have won several, international awards, and have attracted critical acclaim.

With hundreds of thousands of copies sold around the world, and ranging from elementary and middle school chemistry ‘fun’, through to college 101 academic work, they span the full gamut of the junior chemistry genre.

Awards include the School Library Association Information Book of Year Award in the UK, the Wissenschaftsbuch des Jahre (with fellow winner, Bill Bryson), in Austria, and the American Institute of Physics Science Communication Award. 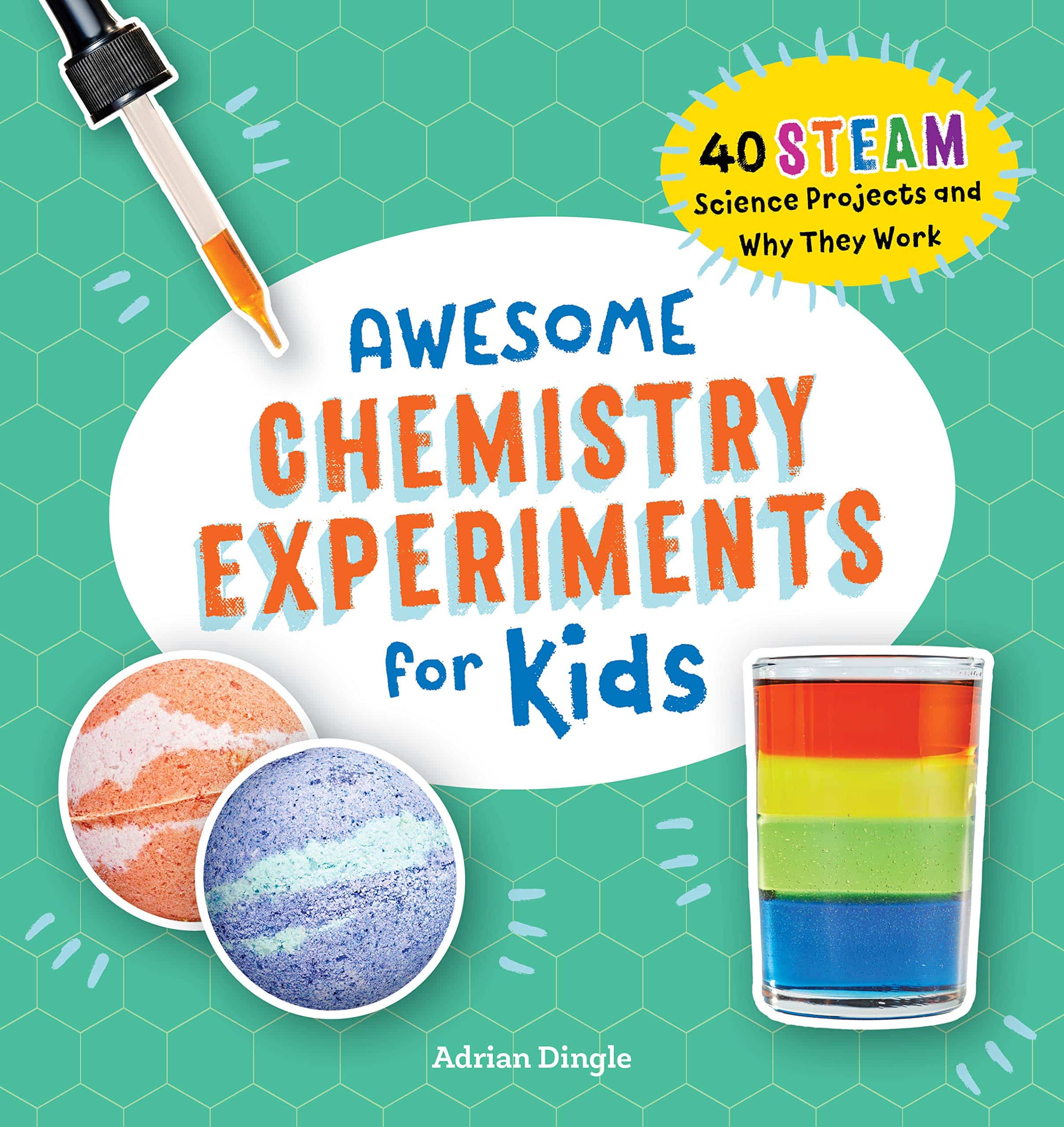 The world of chemistry is packed with awesome ways for kids to learn and play! Filled with colorful and gooey fun, these science experiments for kids are sure to get them interested in discovering how different substances react together.

Whether it’s creating fizzy bath bombs or making batteries out of coins, each of these science experiments for kids provides a simple hypothesis and the guidance they need to test it out for themselves. 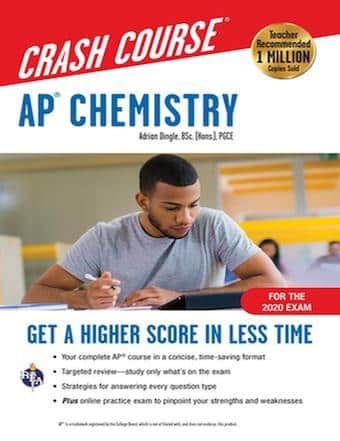 The AP Chemistry Crash Course 3rd Edition book for the 2020 AP Chemistry exam forward. The definitive guide to getting a high score on the AP Chemistry Exam in the shortest time. Tweaked to reflect the re-organization of the course into 9 units, all the chapters have been updated to bring it into line with the latest CED. 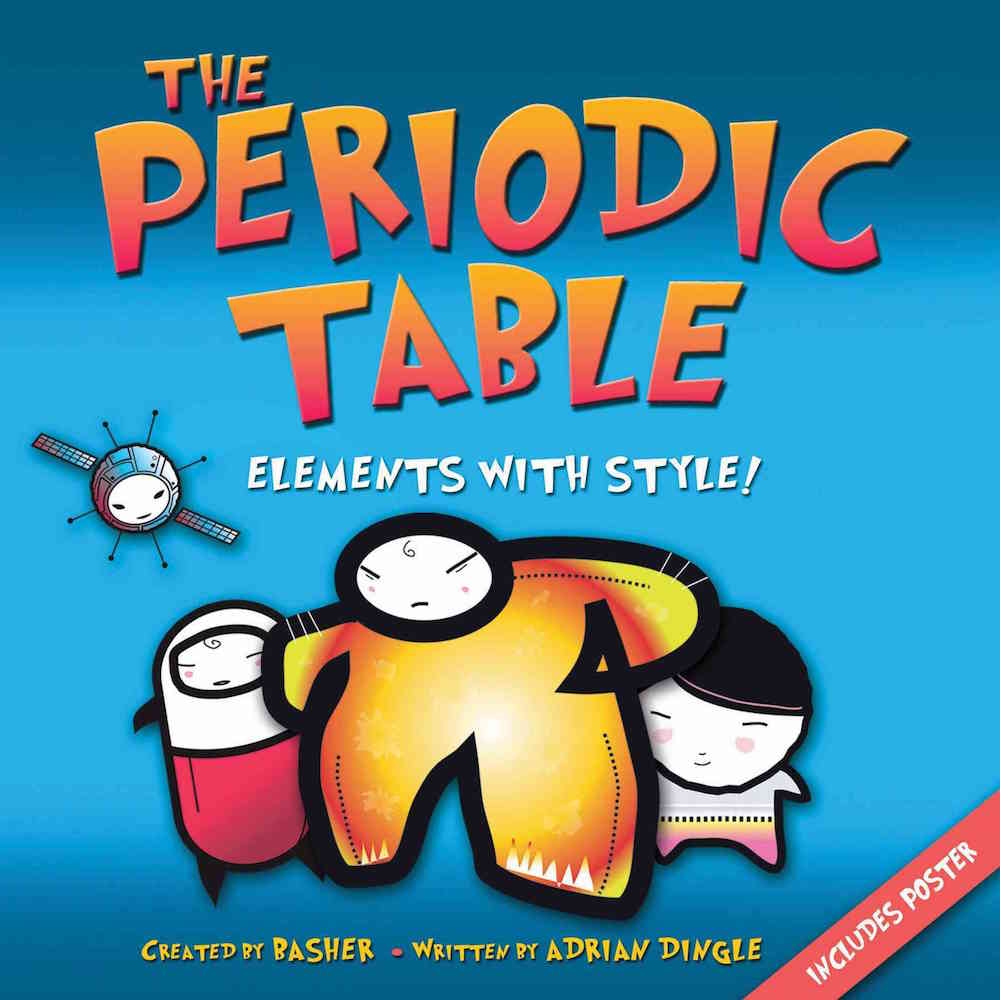 The Periodic Table: Elements With Style!, brings the elements of the periodic table to life. First book in the incredibly popular Basher series, each element is given its own character in this delightfully educational children’s book. With Simon Basher’s original artwork, and Adrian Dingle’s pen-portraits, the meek, mean and mild jump off the page into kids’ imaginations. 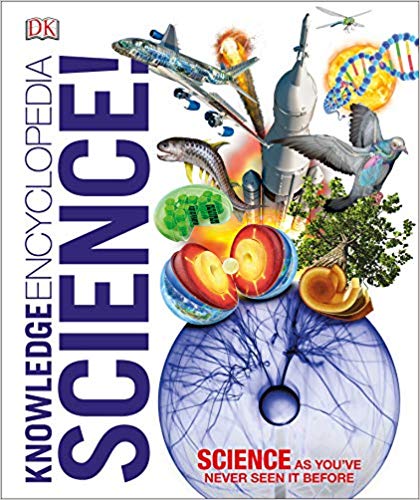 Released in 2018, another stunning DK title with a visual POP! I wrote several parts of the MATTER section of the book.

HOW TO MAKE A UNIVERSE 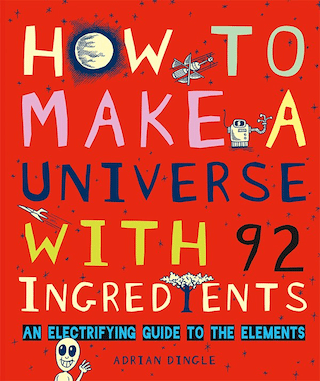 How To Make a Universe With 92 Ingredients is an international award-winning title, with accolades earned in England, Austria and the USA. Winner of the 2011 Information Book Award from the School Library Association in the UK, the Wissenchaftsbuch des Jahre in Austria in 2012, and the 2014 American Institute of Physics Science Communication Award, the book discusses the chemistry behind everyday objects, and the chemistry of the world around us. Beautifully illustrated with glossy, bold colors, the information and visuals collide to make a stunning book.

A tour of the periodic table 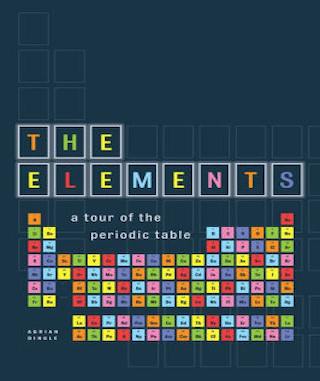 An Encyclopedic Tour of all 118 elements in a glossy, hardback by Barnes & Noble imprint. US cover shown. 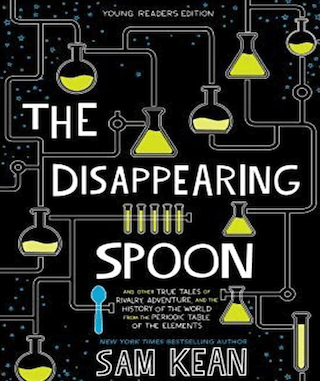 A TO Z OF SCIENCE 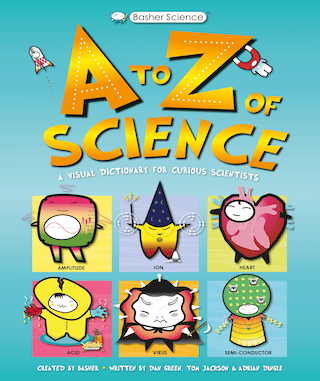 More Basher treatment of science, this time with me as a contributing author once more. 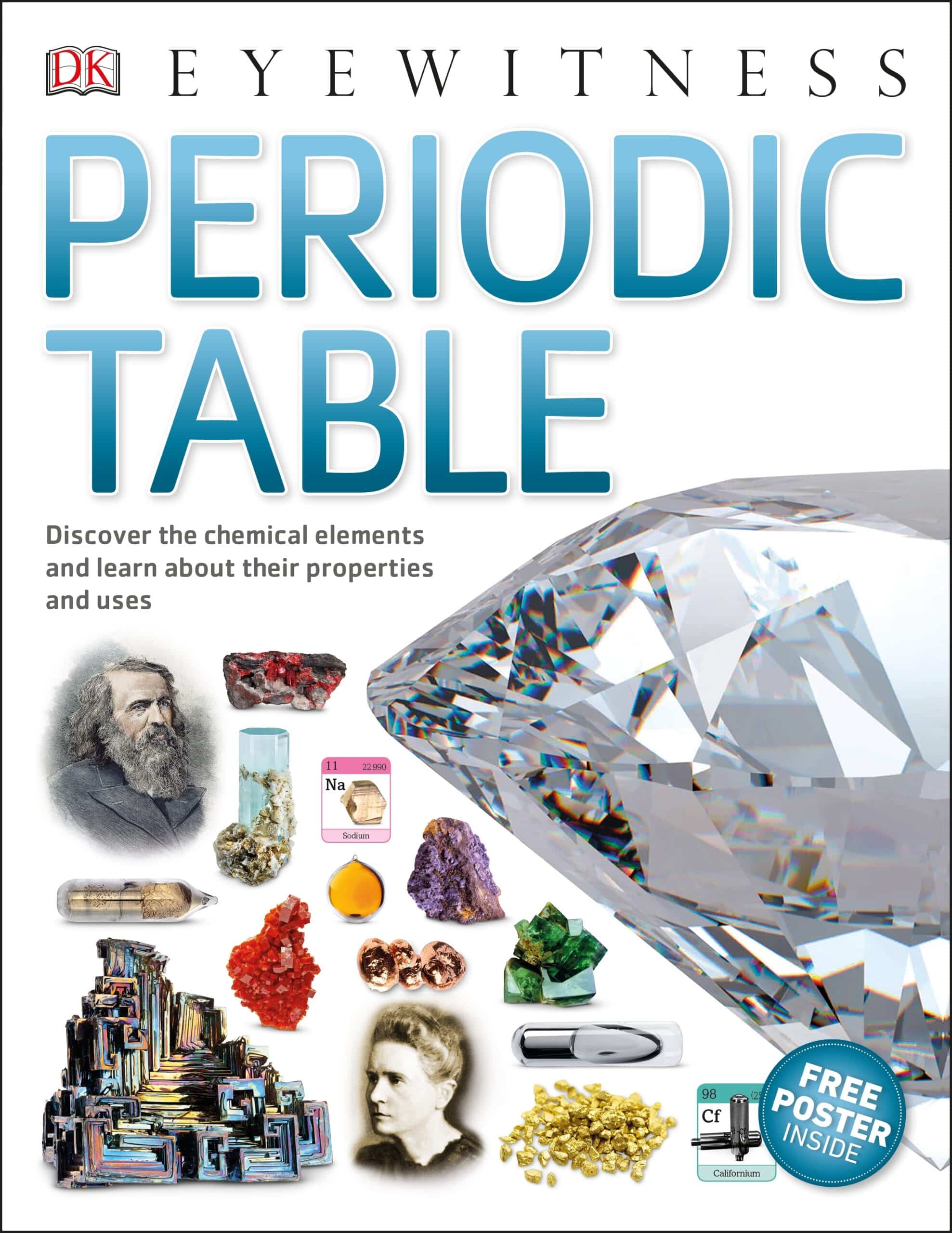 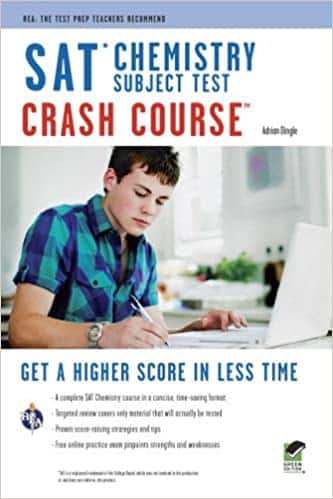 Looking to boost the chances of getting a great SAT Chemistry Subject Test score? Then check out the SAT Chemistry Crash Course book. Packed with hints & tips, and all the chemistry you’ll need for the exam, REA’s book brings you up to speed. 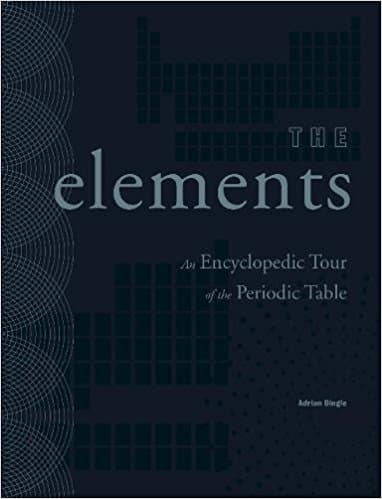 An Encyclopedic Tour of all 118 elements in a glossy, hardback by Barnes & Noble imprint. UK cover shown. 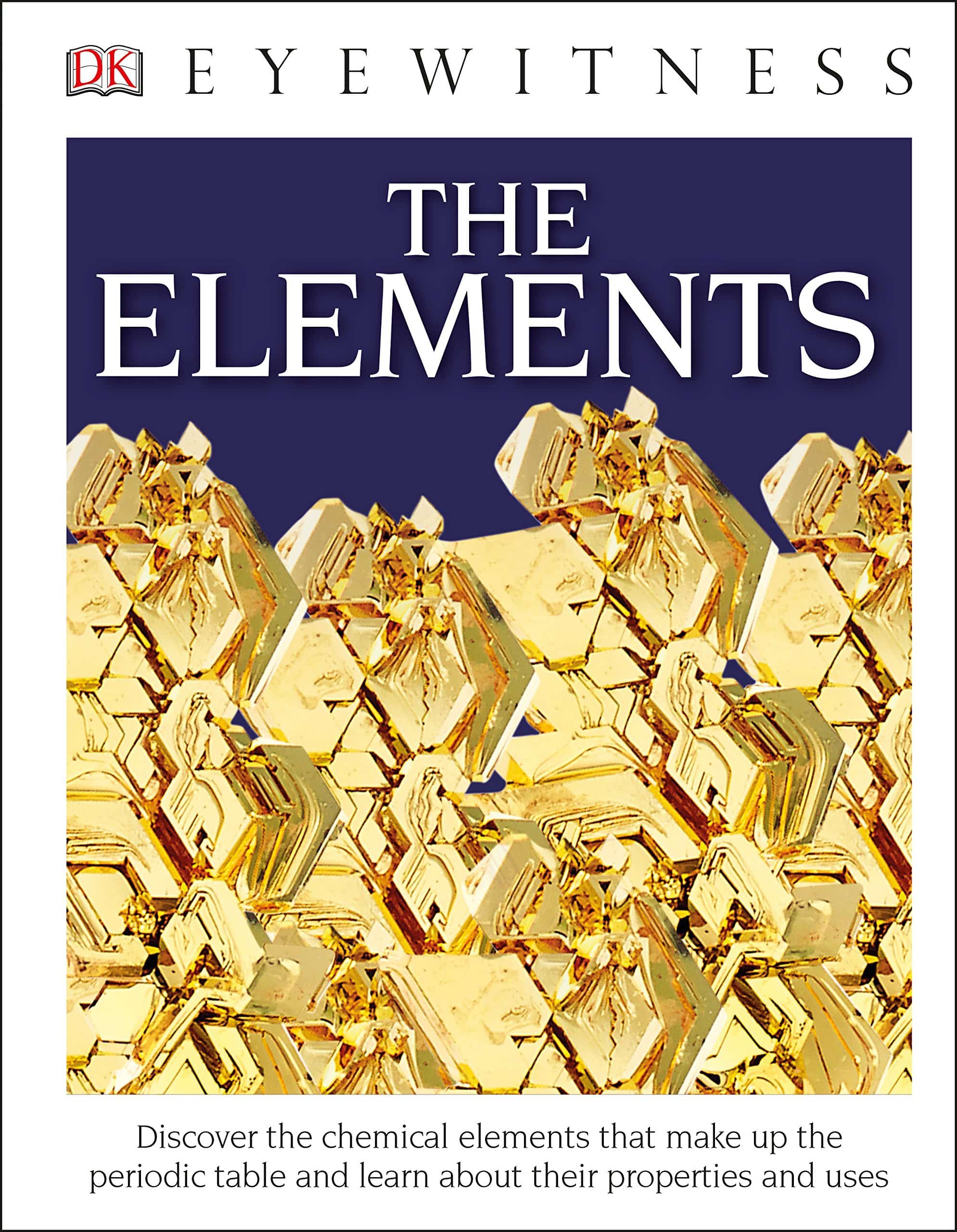 DK’s Eyewitness book of The Elements. US cover shown.