My conversation with the AP Chem Czar 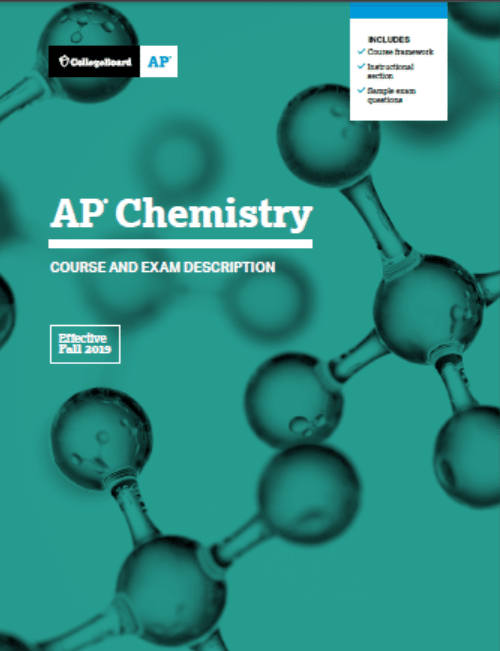 Last week I had the opportunity to speak with the AP chemistry Czar. He kindly offer to call me to discuss my concerns over the misrepresentation of the term Steady State Approximation in the CED.

I must admit I was a little taken aback to receive the invitation. He and I have never seen eye to eye philosophically, and we disagree about many aspects of the purpose of an AP Chemistry class. In addition, prior to my talk at ChemEd19 he had openly denigrated my position on a number of issues related to a talk that I was going to give at the conference – then he turned up at the presentation! I thought that was odd, but after the conference I had resigned myself being largely ostracized by him, not least of all because in his new role he has to tow a certain company line, and defend against criticism from people like me.

Anyway, on to the essence of the conversation. We talked for 25 minutes, and really only two issues came up.

The title of section 5.9 in the latest CED mischaracterizes what follows in the EU, EK and LO statements. He and I agreed that those statements are themselves, unambiguous, but the disagreement comes over labeling this as SSA, which is incredibly unhelpful, and misleading to many teachers. Essentially, my understanding suggests that the essence of the exam questions that surround this will involve the replacement of intermediates in rate determining steps with reactants that they depend upon in earlier, fast equilibrium steps. Now, if one cares to actually read up on the SSA, you’ll find something infinitely more complicated than that, accompanied by math that would never be part of an AP Chemistry exam. So what? Well, the AP Chemistry Czar agreed with my analysis, openly admitted that SSA would never be examined on the AP exam, but despite that and therefore bizarrely in my view, DISAGREED that the title of 5.9 was misleading! I found that lacking in logic, but as a result, he has declined to come out with a definitive statement to clear up the confusion, and on we go.

This is all very strange to me. I think the College Board has made a genuine mistake here, but their hubris in being unable to admit to it is worrying. It’s not the Czar’s fault, but the amount of political goodwill that he could generate by formally admitting the error would be enormous in the community. However, the College Board generally don’t understand that kind of humility. It’s a shame.

The method of heat conduction in metals

Here is a question I had asked in the AP Chemistry Community about the explanation of heat conduction in metals. 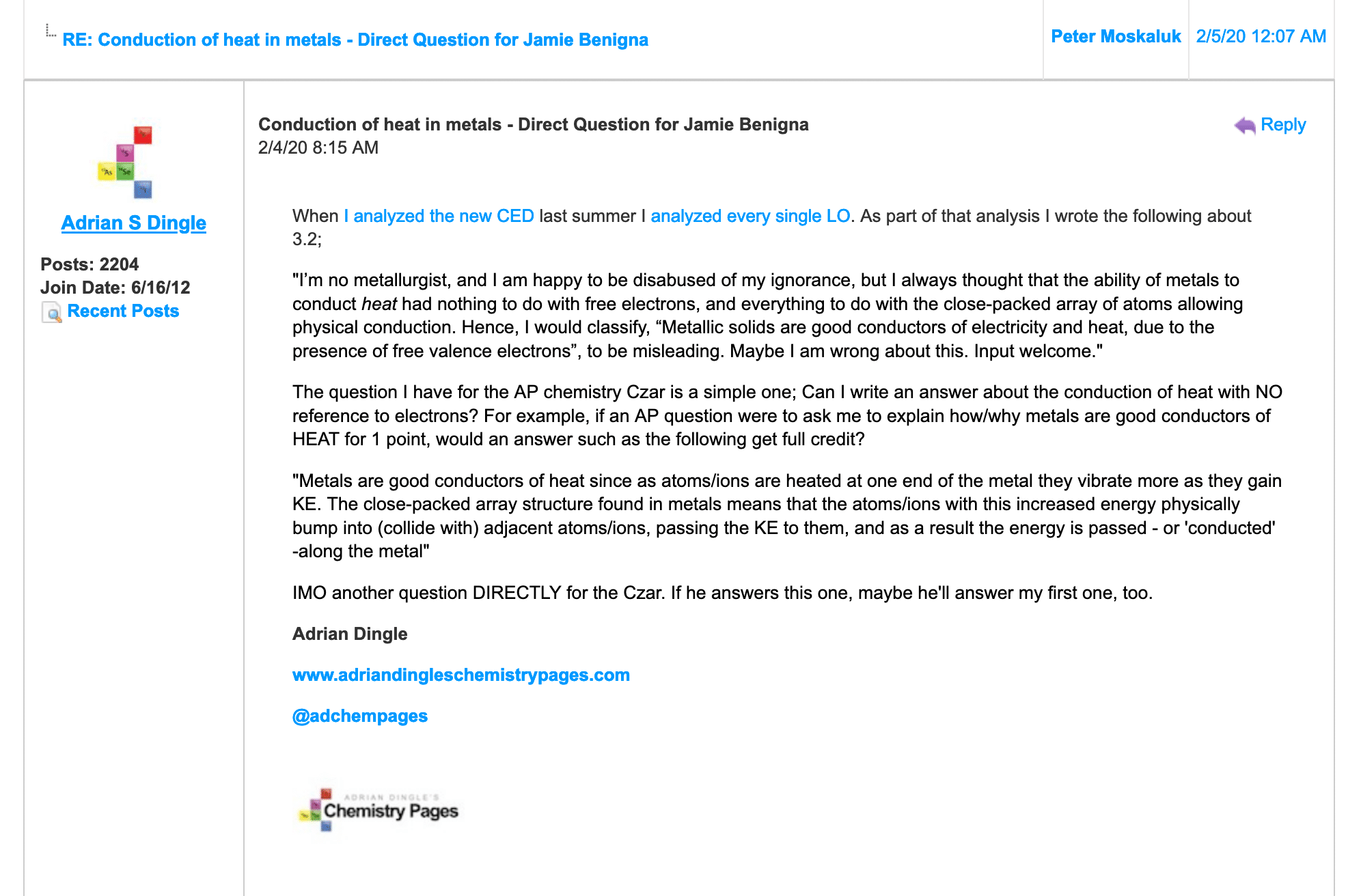 To keep this short, the Czar agreed that my answer would be OK, i.e., that there is no need to mention electrons when discussing heat conduction in metals. OK, fine, but the conversation then took an odd turn, and frankly depressed me. The Czar went on to add a caveat to his endorsement of my answer. At first, I thought that it might be simply because he is/was reluctant to give me any credit for anything at all, but even though that may have been a part of it, his comments went way beyond that. He went on to say that, “we would never ask a question in that way”, and that, “we would always want to apply the CER model”. I take that to mean that straightforward questions are never going to be asked on the AP exam ever again! They are always going to be shrouded in edubabble, a ton of unnecessary words, tables of data, and other extraneous information. I’m sad. What happened to “just teaching”, and “just knowing stuff”. Sometimes I think education has passed me by, and perhaps that’s what’s at the center of my frustration with such things.