Another five things for the AP Chemistry Czar to sort out 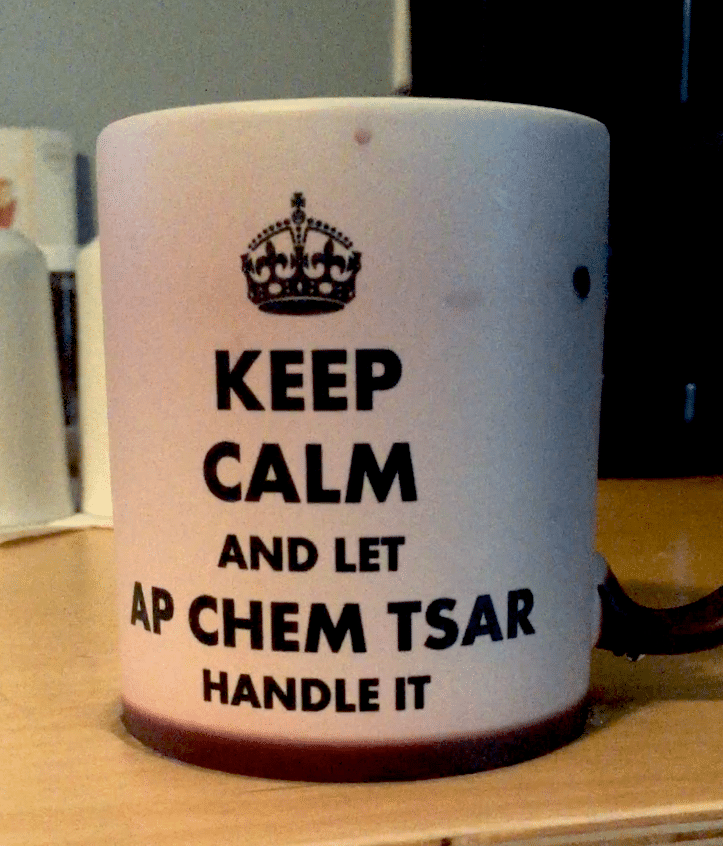 Here’s a follow up to this post where I asked what the point of an AP Chemistry Czar really is, and what he could do right now to make things better. That post gave him a top five list of priorities. Here’s batch #2.

1. Remove the ambiguity surrounding the significant figure point on the free response.

Yes, we know the one point on the free response section will be attributed to significant figures, and we know that the question that tests that point will not be flagged, BUT Paul Bonvallet (Chief Reader) confirmed at ChemEd19 that the College Board will continue to NOT commit to a declaration of whether the significant figures will need to be exact, or if a tolerance of +/-1 will be allowed. We are left hanging – again

2. Advocate for a lab exam that will be graded, and then form part of the AP score*.

I asterisk this for ONE reason – I don’t want him to do this! However, IF the College Board REALLY value lab work, then this is an absolute must, because it would eliminate them being ‘all mouth and no trousers‘. Without it, the College Board is simply FULL of hypocrisy.

3. Re-visit the colossal disadvantage that the exam from 2014 onward has placed on students without English as a first language.

At ChemEd17, the former co-chair of the test development committee stated publicly that the College Board had made a conscious decision to value the communication of chemistry much more highly than it had done in the past. That fact has had a couple of consequences. Firstly, FRQ answers have been subject to much tougher scrutiny in terms of their descriptive language. Secondly, the number of words and the amount of data presented in both MCQ’s and FRQ’s has risen dramatically. Both things have had a demonstrable, negative effect on students that have English as a second language, and flies in the face of the exam being ‘about chemistry’. Kids that are just as able in terms of chemistry are being penalized because of language.

In July of 2019 I had this, brief Twitter exchange with Trevor Packer (Senior VP, AP and Instruction). 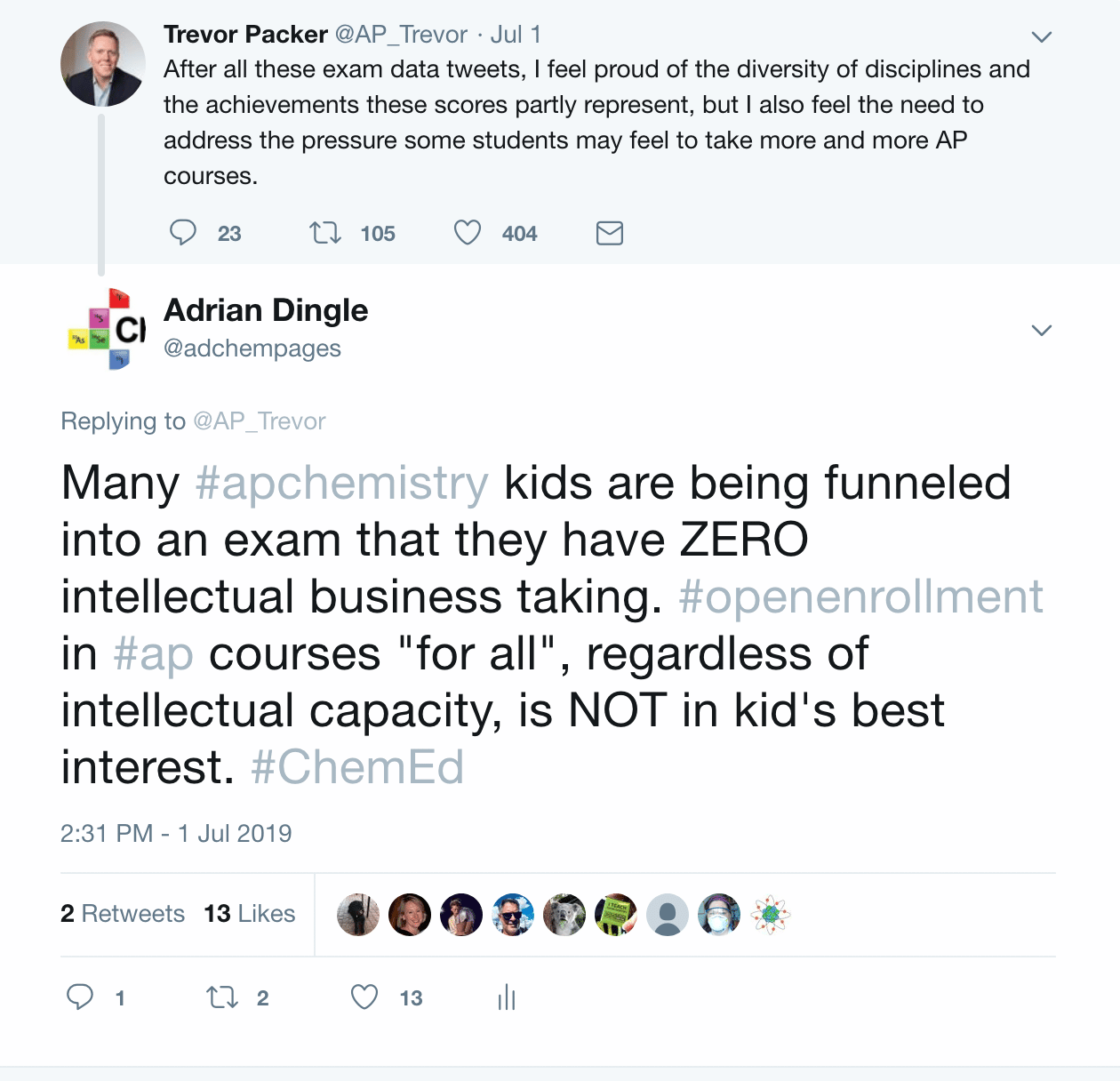 Intellectual diversity has no place in AP chemistry. Open access to AP chemistry is plain wrong. Not all children can handle the rigor, it is literally failing students who do not have the intellectual horsepower to suggest they can. Placing intellectually unable children into an advanced chemistry class, does those students a disservice, and educators are failing in one of the main aspects of their job, i.e., guiding students to success.

It’s a MASSIVE waste of teacher’s time, and it’s disrespectful of that time to ask teachers to comply with this dog & pony show. Exam scores ARE a teacher’s audit.

More on the AP Chemistry Czar to come.