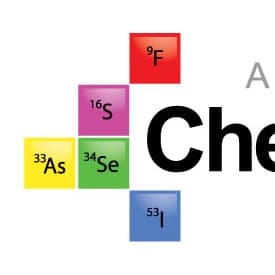 Below you will find my initial comments (there will likely be more after some reflection) and draft answers to the 2014 Free Response questions that were released by the College Board earlier today. As ever, these are in draft form and I would be happy to receive comments and corrections.

Based upon the released free-response questions alone, I don’t think that there is a single question that could not have been asked in previous years! There had BETTER have been a significant number of references to some combination of PES, semi-conductors, mass spec, bio applications, surface tension, chromatography, capillary action etc. on the multiple-choice, otherwise the College Board will have led us all on a merry dance – again.

As ever, when you read my answers there will be many other ways of getting the points, and in some cases BETTER ways.

It’s too long. I suspect g(i) will require some reference to Ksp but to me (and I bet many students), this is not obvious. g(ii) is problematic since I THINK it assumes a tablet of similar mass as in the original data, and that is not obvious. Without specifically stating it, I do not like this question. Here’s what I wrote on the AP discussion group;

I think there is a potential problem with 1g(ii) as well.

The number of significant figures that can be recorded on a centigram balance depends on what is being weighed, does it not? The question may be assuming that all of the tablets and filter papers have very similar masses to that of those in the data, but this is NOT stated as far as I can tell, and the reference to access to only one KI tablet does not IMO, mean the SAME KI tablet as in the data. Isn’t it possible that a very large KI tablet could generate a mass of precipitate with three significant figures? Am I missing something here?

This may not be ‘in the spirit of the question’, but isn’t it a possible answer? I believe significant figures to be a math, and NOT a chemistry concept so feel no shame in asking such a question! I have always believed that there should be NO reference to them on the AP chemistry exam at ALL.

Not much comment here other than we start down the organic reference path which I DON’T like.

For me, (a) and (b) are the same problem. Why a diagram (rather than simply stating which way the ions travel) is necessary in part (c) is beyond me here; it’s just part of the College Board ‘particulate diagram’ obsession nonsense – another blog post coming about this thing, soon.

(d)(i) – I like the Nernst equation. In the real world I suspect that you would generally need to actually calculate the new voltage in most situations of this type! You could tackle this with a Q and K argument, too.

An alternative way of stating that the carbonate has not completely decomposed is to do some math to prove that not all of the solid has decomposed by considering the stoichiometry.

(a) is pathetic. It’s arithmetic and middle school knowledge – it’s not worthy.

Even though (a) and (b) are not organic questions per se, I hate the use of these molecules, especially polymers, to illustrate this. Why not choose other things?

“Just curious, Adrian, but it is certainly possible that many students might be thinking about the kinetic energy of molecular collisions (the normal explanation) to explain the temperature effect even though they just finished determining it is a first order reaction.  In this case vagueness may well be rewarded over those who impute improper behavior in the molecules.  Do you think collision energy will still get a point in this answer or must it be vibrational or some unidentified form of kinetic energy?”

It’s a great point and not one that even occurred to me at the time! I think it’s entirely feasible (as you suggest) that some kind of reference to vibrational energy of the molecule might be sought*, but I’m not sure what % of kids are going to even think about that. Maybe I fail to get that point!

*I think that they idea of introducing vibrational energies and the like, without any significant organic component to the course, would be another example of things being improperly aligned.